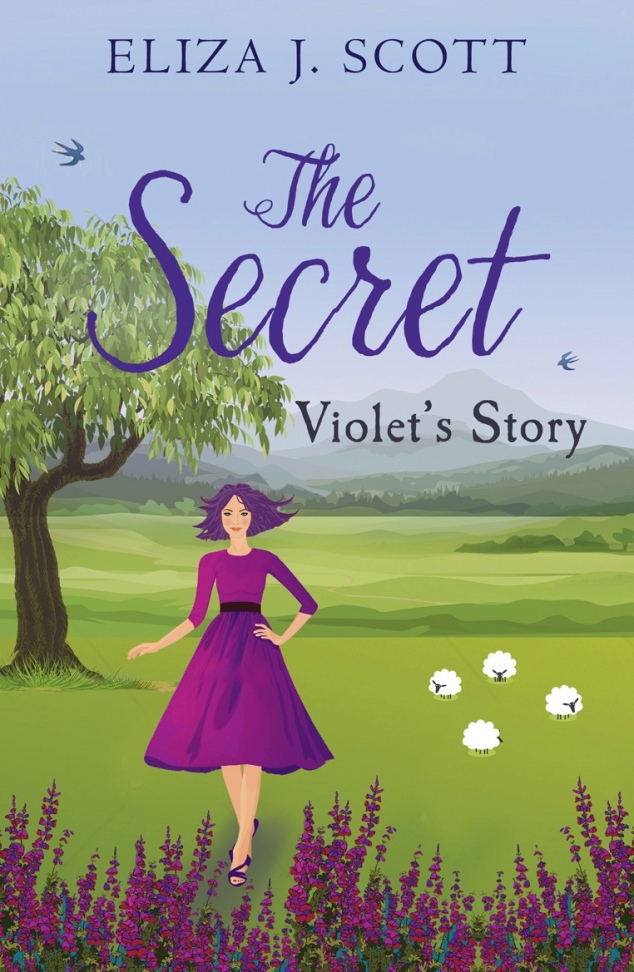 blacksmith Jimby Fairfax, and moved back home to the North Yorkshire village of Lytell Stangdale to

Life couldn’t get much sweeter. Their romance is blooming and Romantique – the business she set up

with Jimby’s sister Kitty, designing luxurious underwear and burlesque costumes with the odd

wedding dress throw in – is thriving.

But on a romantic weekend break, a face from her past triggers a series of events which send Violet

into turmoil. She finds herself with no alternative but to reveal a secret she’s buried deep for the

past sixteen years. A secret she hasn’t shared with anyone, not even her best friends, Kitty and

With the revelation forcing a wedge between herself and Jimby, heartbroken Violet fears that he

As ever, Kitty and Molly rally round, offering their advice and support but Vi is worried that keeping

her secret was just a step too far for Jimby.

Will she succeed in showing him their love is strong enough to overcome it?

The Secret – Violet’s Story is book 3 in the Life on the Moors Series.

I’d like to thank Rachel’s Random Resources and Eliza J Scott for inviting me on to this amazing blog tour.

The Secret is the third book in the life On The Moors series. This is the first book I have read in the series and can be read as a stand-alone book. Although be warned, you will immediately want to read the other two!

This for me was a much needed total escapism read. Although it’s my first read in the series I felt like I was revisiting old friends.

The characters are funny and very real. I loved Eliza’s writing style, I could conjure up the images of the people and places as clear as if I was there.

Vi is a beautifully vibrant character and Jimby is hilarious! I enjoyed getting to know their friendship group who star in the other two books.

The story begins as Jimby surprises Vi with a romantic break away, this leads to some romantic and hilarious scenarios.

But Vi has a secret, one she’s been meaning to share with Jimby but hasn’t quite managed to do. Her secrets about to surface when her past appears in front of her eyes.

I urge you to mark this as ‘must have’ on your summer reading list!

I think the Life On The Moors series and Lytell Stangdale will definitely be one my happy place! Thank you Eliza!

Moors with her husband, their two daughters and two mischievous black Labradors. When she’s not

writing, she can usually be found with her nose in a book/glued to her Kindle or working in her

garden. Eliza also enjoys bracing walks in the countryside, rounded off by a visit to a teashop where

she can indulge in another two of her favourite things: tea and cake.